Lázaro Rosa-Violán and Panespol: a duo that turns everything it touches into the latest trend.

Home > Panespol Today > New Developments > Lázaro Rosa-Violán and Panespol: a duo that turns everything it touches into the latest trend.

For us, there’s absolutely no doubt at all (although he doesn’t like the term) that Lázaro Rosa-Violán is in vogue as an interior designer. His designs have become acclaimed restaurant and fashion venues. His name is behind the success and revitalisation of major international brands.

The King Midas of spaces has found in Panespol his essential partner for turning his hypnotic creations into reality.

For more than five years we’ve been collaborating closely with this designer based in Barcelona but working out of Manhattan. The first project we did together were some XXL plates finished in slate paint for the Tapa franchise.

Since this first enriching experience, we haven’t stopped teaming up together on projects that have reached beyond borders. 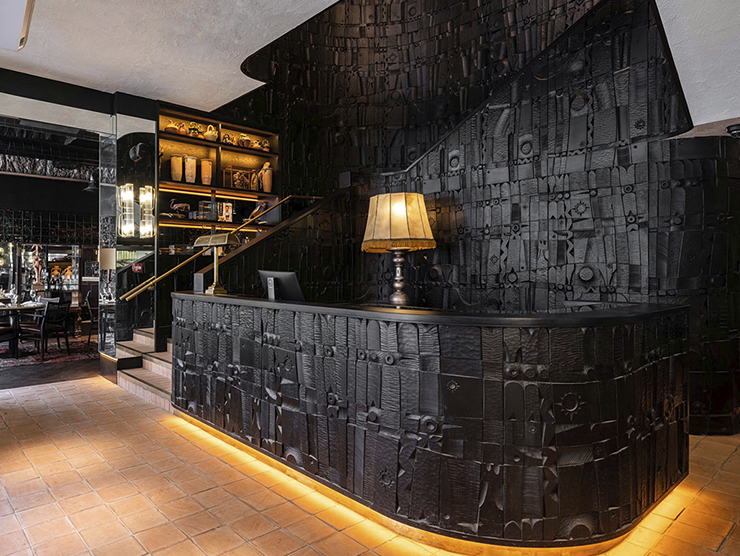 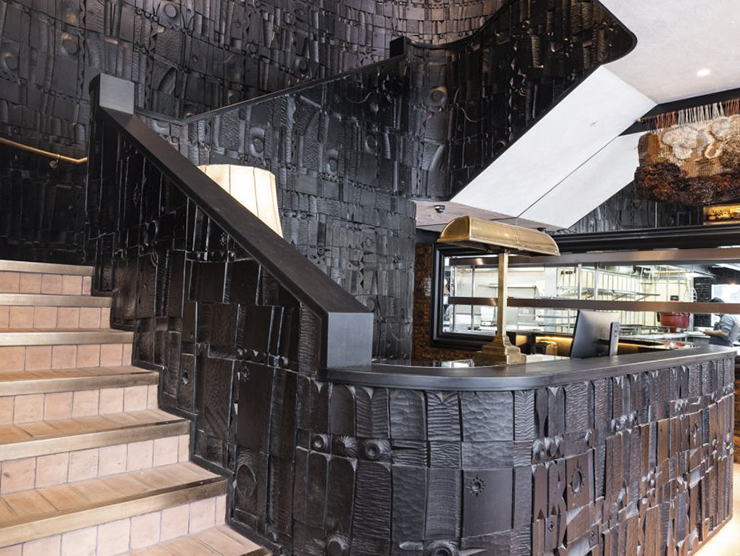 Quique Dacosta’s ARROS QD restaurant in London. A combination of flexible panels specifically for the bar area plus rigid panels on the walls. The result can be summed up as a lavish display of elegance and theatrical volumes with a great visual impact. 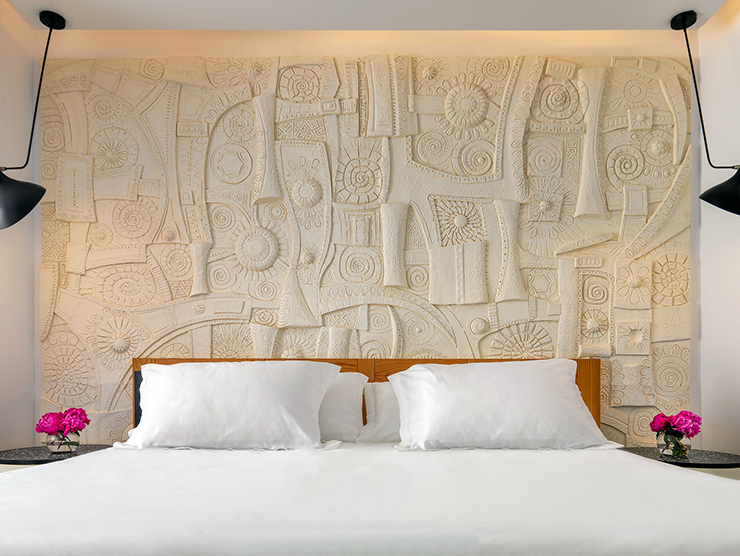 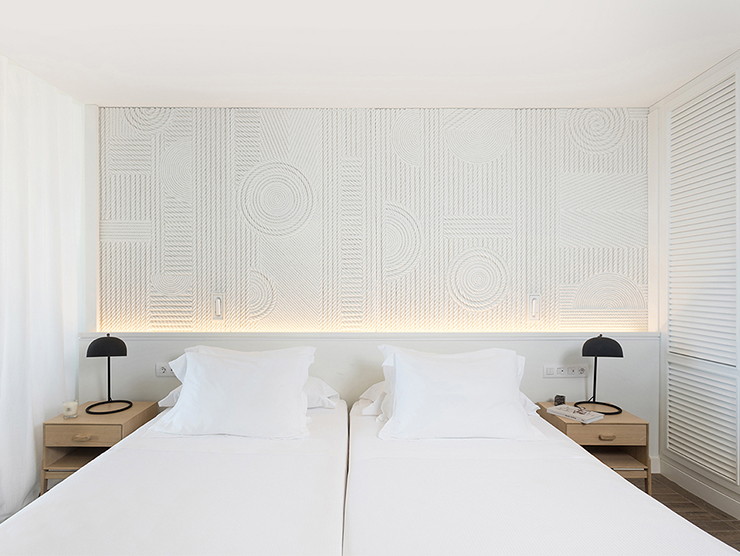 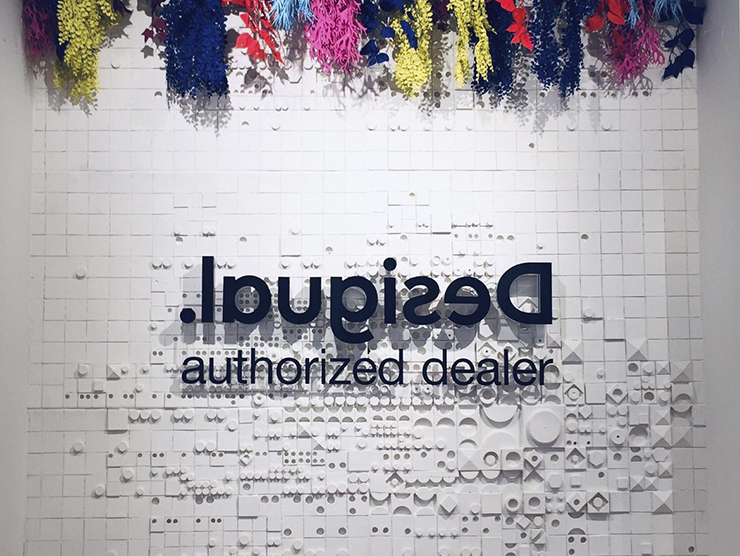 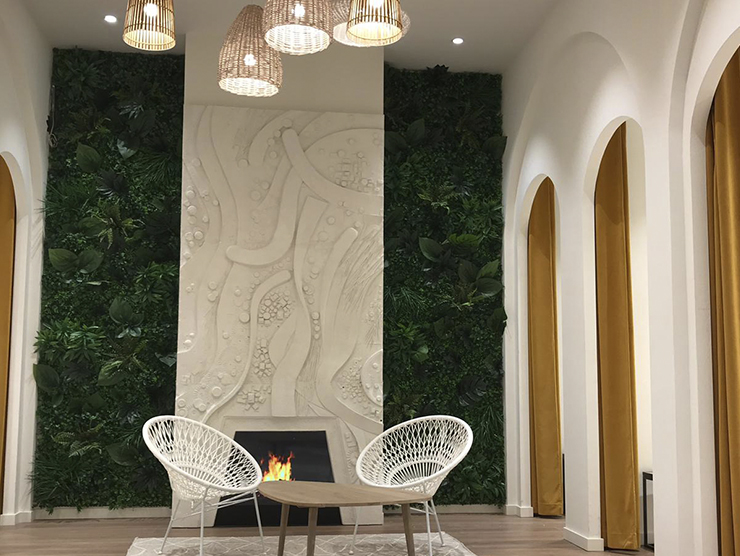 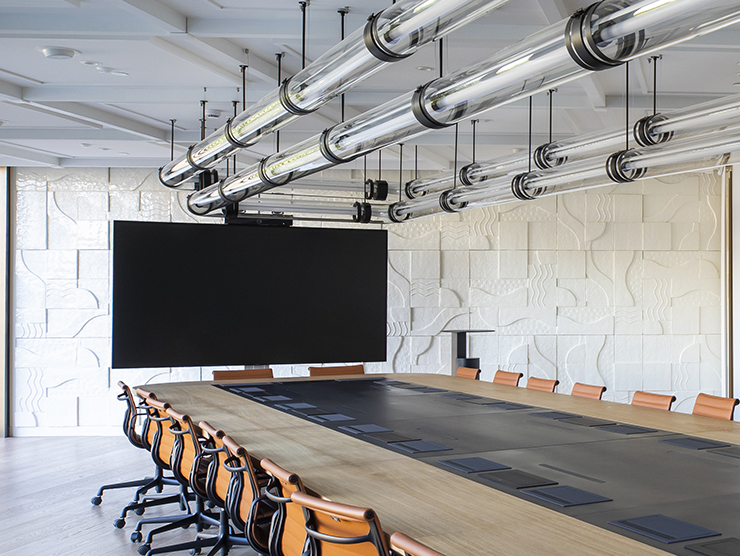 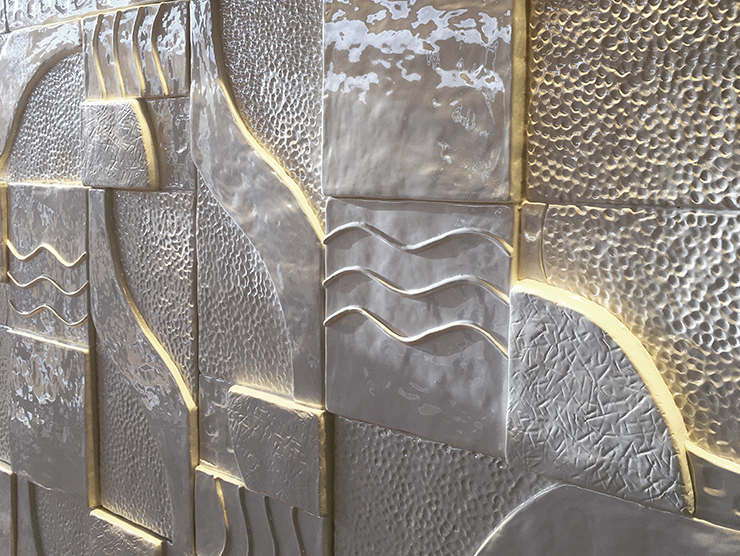 Offices Casa Seat. Elaboration of a collage of high-gloss tiles for the meeting room of the Casa Seat cultural and event space. A modern and very functional space.

In all these, Panespol was in charge of producing prototypes, executing and mass producing panels and wall coverings, with exclusive designs from the artist’s studio that aren’t featured in our sales catalogues.

We worked alongside designers from Lázaro’s studio throughout the entire process of creation, production and fitting, exceeding the targets we set ourselves of complying with the strict quality standards and delivery times demanded by our client every step of the way.

And now, we’ve just embarked on a new and exciting projects, such as the new restaurant of Dabiz Muñoz, the new image of El Corte Inglés and several hotels in the city of Dubai, which we hope to be able to tell you about soon.